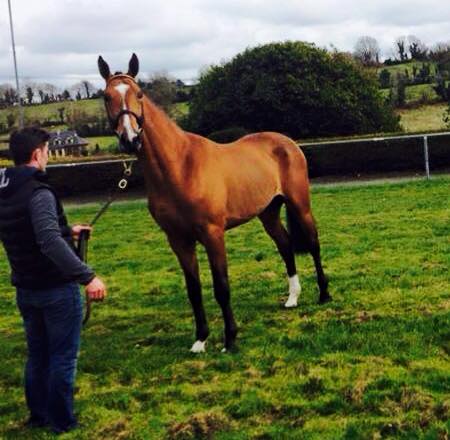 Carisma 2012 Stallion by Nabab de Reve x For Pleasure is an HSI Stage I Approved Stallion. He has rejoined our AASJ team of horses in Holland after a stint of competing and standing at stud in Ireland.  He is out of our Broodmare For Life Hero who has an amazing pedigree, including her grand-dam Fragance de Chalus!  SOLD.

Carisma is the eldest of our For Life Hero progeny under the AASJ ownership.  He has a half-brother, Lifetam of Pleasure 2016 Colt by Tam Tam de Bacon and a half-sister 2017 Made for Pleasure AASJ by Tangelo vd Zuuthoeve.

He will compete in Holland over the winter with Nicole Caris.