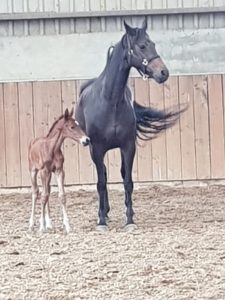 Quasimodo’s sire is the well-known Heartbreaker and grand sire is the valuable stallion Lys de Darmen. Quasimodo has been a Grand Prix jumper, winning the GP of Lons le Saunier; was 3rd in the GP of Vigo, 4th in the finals of the Sire of the World in Den Bosch, 2nd in the Sires of the World in Mechelen.

His best know offspring is Hello Sanctos ridden by Scott Brash and held the No.1 position in the world show jumper rankings and made history by winning the Rolex Grand Slam.

Quasimodo has also proved that at the Mare & Foal shows his offspring perform well. 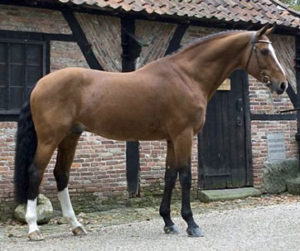