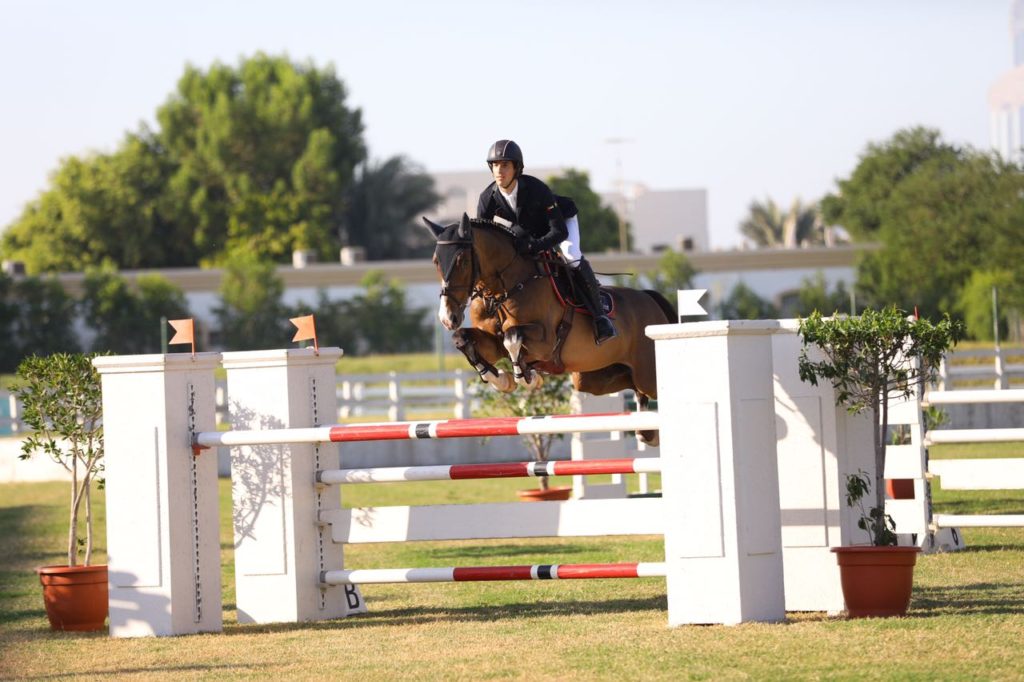 Franciscus Sylt E has been sold to Austrian Junior Rider, Dominic Bechara based in the UAE.  We wish Dominic and Franciscus all the very best success for their future together in Juniors.

2017-2018 Placed in National and International shows in the UAE.

His sire Indoctro, is a sire that has produced many international horses. At the 2004 Olympics in Athens Katharina Offel rode Nike, at the Beijing Olympics he has 3 offspring that competed:  VDL Orestus, Don Porfirio and Picolien Zeldenrust. Moreover, at the 2012 Olympics he was represented by another offspring Vedor ridden by Julia Hargeaves and Vivaldi K finished in 15th place with Andreas Schou at the Europeean Championship and is currently owned by Qatar.

His dam Victory SYLT HE is by the famous Emillion and is a producer of the striking bay mare Seldana di Campalto silver medalist at the World Equestrian games in Kentucky. He has also produced other international jumpers to name a few; Glasgow, Tomboy VDL Emmerton, Ukinda and Whiskey Mac IV.

Bogunda Victory’s dam performed in 1.50 classes in Holland and is by Cor de la Bryere.