I’m One in Emilion – SOLD 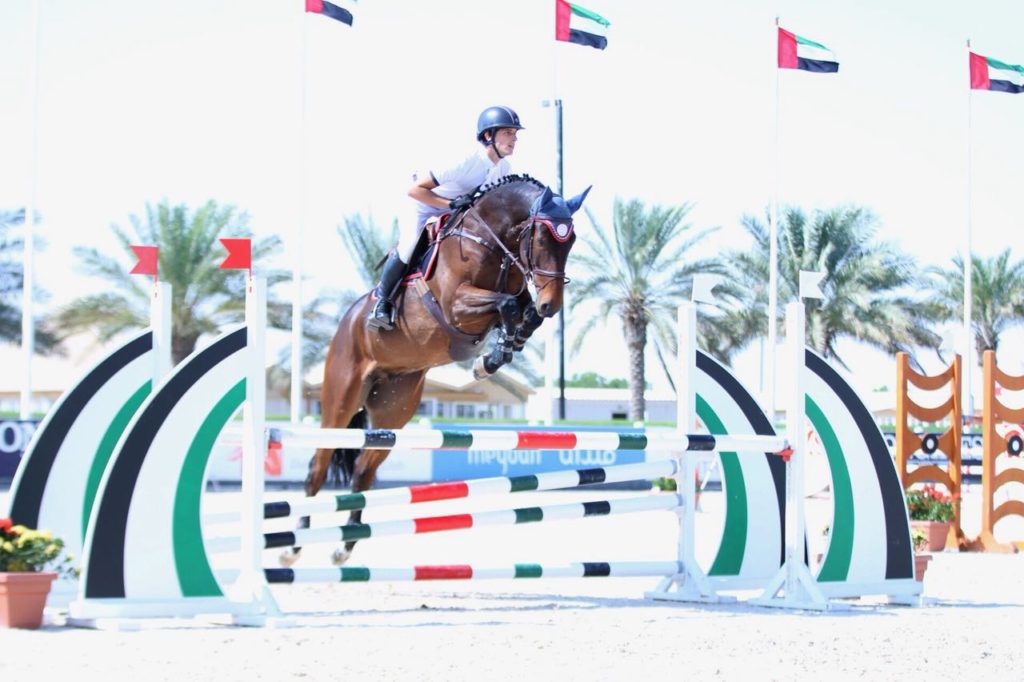 I’m One in Emilion – SOLD

A half-brother of W Diva Rosa MFS,  I’m One in Emilion competed in 4 yrs classes in the UAE gaining experience and some nice clear rounds.

I’m One In Emilion has departed AASJ and the UAE to the UK being sold to Kelly Cregg of Palm Meadow Hunter Jumpers and Brian Cassidy.  Bred by MFS Studfarm and a half brother to our W Diva Rosa MFS (Level 145cm) and Jackpot MFS 4yrs.

We look forward to seeing I’m One In Emilion competing with Brian Cassidy in the YH classes in the UK and Europe this summer and wish all parties congratulations and best wishes for their future together.

I’m Special de Muze is careful, has scope and a great rideability with a super attitude.  In 2013, he jumped clear in all six round of the Belgian Pavo Stallion Competition, in 2015 he won the GMB Competition for six and seven year olds in Drachten and in the same year he won the Showjumping Stallions class at Indoor Brabant.

Willisa Rosa is a Prov Keur mare and a great producer of equestrian stock.  All her progeny of competition age have been successful.