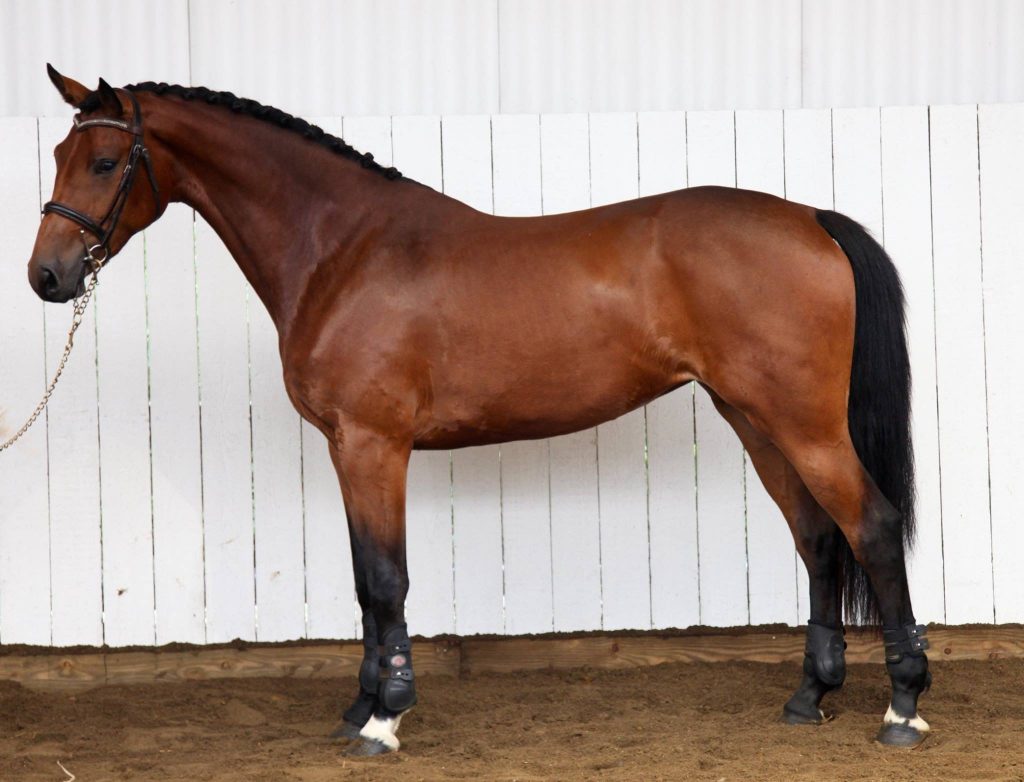 Inderella is by Zirocco Blue x Caretino, who has joined our broodmare group.  A modern pedigree, Inderella is out of a Keur Pref mare, Rinderella VDL (Holst).  She is a half-sister to the KWPN Stallions, Veron and Quinta Real two Approved Stallions.  Great lines! Take a look:

This year she has given us her first foal, a bay Colt by Grandorado TN (Eldorado VD Zeshoek TN x Carolus II) 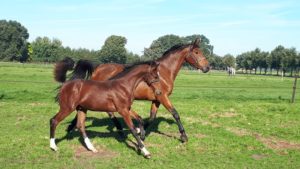 An exciting prospect being by one of the greatest talents of the G-year of the KWPN earning 85.5 points with scope and power.  Grandorado TN also won the finals fo the KWPN Stallion Competition in 2016 and 2017! Coming 2nd in the Stallion Competition in both Kronenberg and Zuidbroek. Grandorado TN was 2nd in the 7rs Finals at WChYH at Lanakan 2018.

In foal to Emerald van’t Ruytershof for 2020.