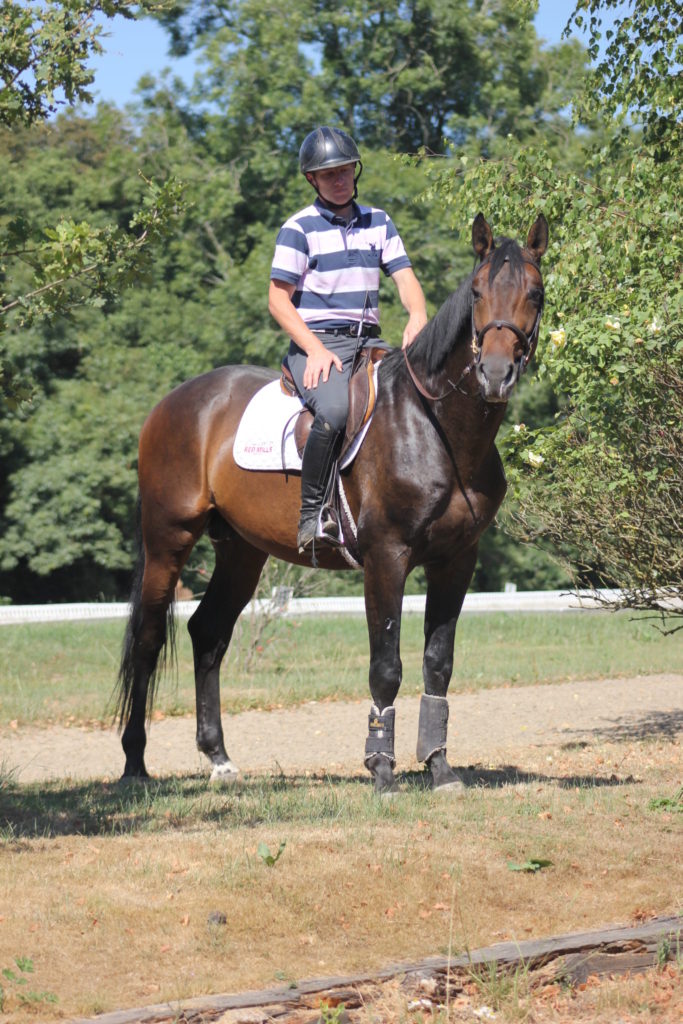 2014 Gelding By Starpower TN x Emilion.  This striking gelding is now being produced by Brian Cassidy in the UK and training in progress for an early 5 yr old campaign.

By Starpower TN (Stakkato x Escudo I) out of the Prestatie KWPN Mare – Willisa Rosa (Emilion x Damiro B x Concorde).  Starpower was approved by the KWPN with a score of 87 points, inc 9 for rideability, attitude and talents as a showjumper.  Starpower’s offspring catch the eye, as can be seen with Jackpot.

Starpower TN became the champion of both the 70 day test in Prussendorf at the KWPN Performance Test. Approved with a score of 87 points, including a 9 for reflexes, rideability and attitude and talent as a showjumper.

He made his international debut last year.  At the World Championships in Lanaken for 7 year olds, Starpower TN showed his enormous scope and potential for the major Grand Prix level.

His oldest offspring catch the eye with their scope and easy way of jumping and out of his first crop, already two sons were invited for the second round of the KWPN Stallion Selections.