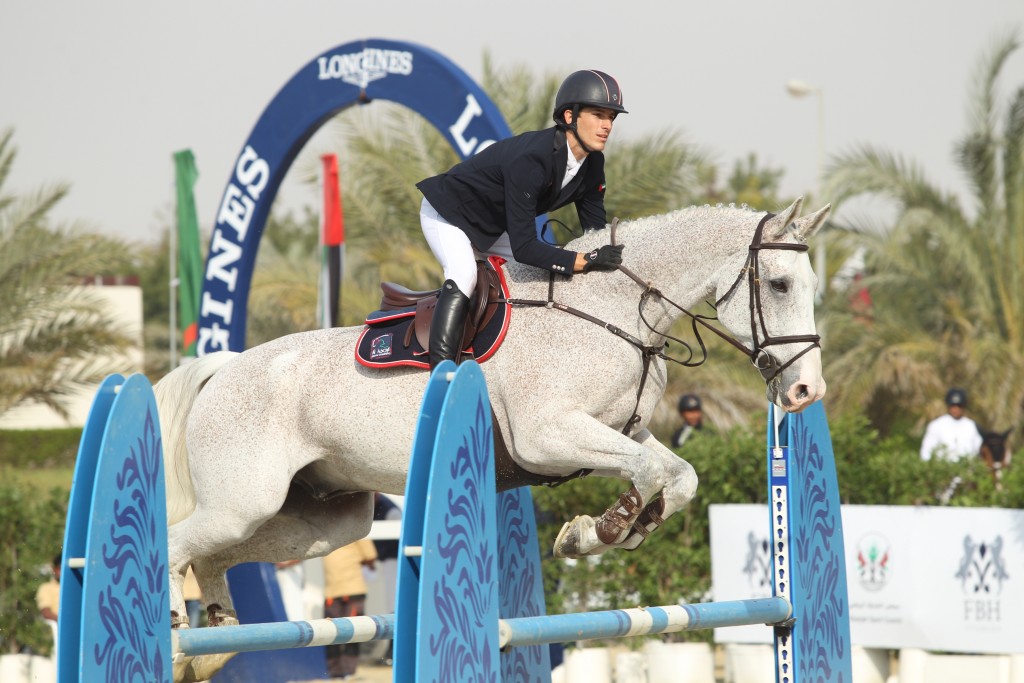 Oman is an affectionate horse that loves to be around people. He has a lovely temperament and always tries to please his rider.

Damiro won his performance test with a score of five 9’s and two 8’s in 1988 and went on from there being victorious in many showa including a puissance where the fence went up to 2 meters high with Wout-Jan Redoubt.

Damiro’s sire Ramiro (Raimond x Cottage Son xx) was a very famous international competitor ridden by Fritz Ligges. He is the sire of many top competitors such as ; Ratina Z who was World Champion, Europeean champion and the silver medalist at the Barcelona Olympics. Other horses that competed internationally by Ramiro are Rinetou, Ramonus, Nirmette, Royal Discovery, Ramiro’s Girl, Loro Piana, Robin I &II, Damiro L, Rebel I & II, Donau, Rodney, Zeoliet and many more…

Ramiro’s pedigree goes back to the stallion Anglo Arab stallion Ramzes x who is found a lot in the older generations of the German bloodline. Ramzes along with Inschalla and Macho all helped the with refining the horses, brining in blood into the horses and to enhance their athletic capabilities. Ramzes (Rittersporn x Shagya Arabian(1937)) goes back Herod and they are responsible for these important horses; Ramiro, Rubenstein, Zeus and Tourbillion.

Dhahrane is by Rocky du Carel a French stallion with a show jumping index of 163. His sire Grand Veneur played a big role in the french breeding program has produced than 300 show jumping horses and 74 licensed stallions. One of his most famous offsprings being Le Tot de Semilly (sire of the famous Diamant de Semilly, Fetiche du Pas, Eurocommerce Vancouver, Itot du Chateau, Flamenco de Semilly, Fidji du Fleury and many more) and a stallion that became very important in Belgium Major de la Cour. Grand Veneur usually topped the list of the best sires in France because of the performances of his offspring.
more