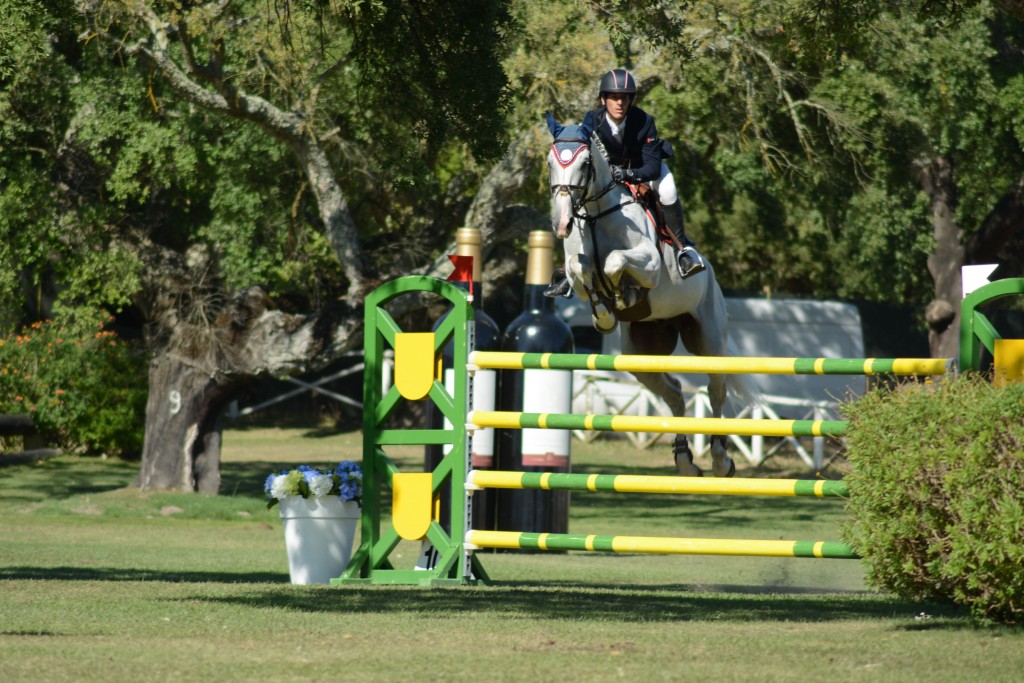 A handsome stallion with all the ingredients to be a top jumper has now been sold to Turkey,  however, we do have frozen semen.
*** Tam Tam de Bacon is now AES Approved.
For further information on his Frozen Semen please contact Caroline Kettle : alasaylshowjumping@gmail.com

Sire of :  Lifetam of Pleasure 2016 Colt (Dam For Life Hero by For Pleasure)

Tam Tam de Bacon is a handsome stallion with a scopey jump and a lovely big canter.

Tam Tam de Bacon combines a great mixture of very rare bloodlines, which makes him a very special horse.
Being a son of Mr Blue, he is the grandson of Couperus, a KWPN stallion that spent most of his breeding time away from Europe, hence siring a very limited number of horses. Mr Blue is his greatest son, but he also disappeared too young. The Couperus bloodline is now very sought after.

Elstar de Bacon’s sire was “Fougueux”, an Anglo Arab stallion who was leased to Italy by the French National Stud, leaving very few descendants in France, to the Anglo Arab Breeders’ dismay as Fougueux’s offspring showed tremendous quality. Fougueux full brother Mokkaido was part of the Italian Olympic Team at the Barcelona Olympics and probably one of the very best Anglo Arab showjumpers ever, ridden by Arnaldo Bologni. Reingold de Lhuyne is another relative of this family and was also a fantastic showjumper

Elstar de Bacon was the talk of the breed when she was firt shown at the national Anglo Arab presentations. She displayed a spectacular loose jump and although she showed a classical show jumping technique, she went on to event and won the National title at the French Championships when she was 7 ! An accident stopped her from furthering her career (she lost an eye) and she was then dedicated to a breeding career for her owners, the very famous Chateau Bacon stud. So far, Elstar has produced offspring with Cassini II, Le tot de semilly, Parco and, of course, one stallion by Mr Blue, our Tam Tam de Bacon.

This breeding contract is between Al Asayl Show Jumping and the mare Owner and/or his/her authorized agent (hereinafter Mare Owner/Lessee) for the current Breeding Season.